The time has come to mold and prepare your draft strategy for the Fantasy Football 2020 season. Per last week, we know it’s preferable to take a player on one of the Top Offenses – 2020 Outlook for the upcoming Fantasy Football season. So when it comes to Quarterbacks their outlook may be very similar to their teams offensive outlook. The better the offense the more likely the Quarterback to distribute Targets and Touchdowns! Below I go through the available Quarterbacks this year using my initial 2020 rankings and group them in tiers with feedback and thoughts.

These two Quarterbacks are the top of the list and you really aren’t going wrong having either one. It would just be how early do you have to draft them. In the 2nd and 3rd round so far is what I have been seeing in mock drafts. I lean slightly towards Mahomes as I have seen the short life of rushing Quarterbacks over the years. I tend to bet more on the touchdowns and some rushing from Mahomes versus the 1,200 yards rushing and high touchdown efficiency from Jackson. Both players lead top 5 offenses from 2019 and I expect them to be top 5 again in 2020.

These guys all look to have some sort of rushing floor to aid their passing stats. Watson looks like he will have to find a way, Dak Prescott averages 6 rushing Touchdowns a year, Kyler has the upside as a second year Quarterback coming off a Top Ten season in 2019 while the steady top guy year over year is Russell Wilson. It does seem that Watson will be asked to do more as the running back situation in Houston looks to be the worst among this group of teams. Murray added to his offensive weapons with Hopkins arriving at wide receiver. Prescott continues to be underrated and with the franchise tag will be betting on himself. Wilson gets to continue & build his rapport with Lockett and Metcalf along with tight ends Will Dissly and Greg Olsen. Looks like these guys are going between Round 5 – Round 7. Of this grouping I like Murray the best.

I would say Ryan, Stafford and Roethlisberger are scoring mostly with their passing yards. Where Allen will do more with his legs and Wentz has run some too. Ryan and Roethlisberger I expect to go as their teams go and return to top 10 offenses with many passing opportunities. Stafford will be asked to play catch-up in his games so he’ll be throwing plenty to keep the team in them. Allen did get another target in Diggs but running backs are still in the mix in Buffalo. Wentz could return to his MVP type form from a few years back, I just think he will do less with his legs this year. These guys can be had in between Rounds 8 – 12 in most drafts. In this grouping I would lean Ryan as my choice but could understand going Allen if the preference for most rushing yards is preferred.

You have your young couple of guys (Jones, Mayfield and Minshew) mixed in with some future Hall of Famers (Brady and Brees). The difference agai is the younger guys will see more rushing opportunity and Brady/Brees will be doing most of their damage with just their arms. I figure to see Brady and Brees with better overall years (except maybe Jones) here but without that rushing floor the others will do less with their arms and catch-up on fantasy points with their legs. I am seeing this group of Quarterbacks go between Round 10 – Round 13. Of this grouping I would go with the young signal caller in Daniel Jones.

We have the veterans of Rodgers and Rivers, the up and comers with Goff, Tannehill and Garoppolo while Cousins is in the middle of both sets of groups. I think the high flying/passing days of the Green Bay Packers are waning with them becoming more run based in their offense which will have Rodgers trending down rather than up. Rivers will throw less interceptions this year and will be protected well in Indianapolis. Cousins, Tannehill and Garoppolo find themselves in run heavy offenses but will be efficient with their opportunities. Goff is ready for a bounce back year on a previously high offensive team. I am seeing this group of Quarterbacks go between Rounds 12 – 16. Within this group I would lean towards Goff as I feel he is on a very offensive team that seemed to hit a speed bump last year. I think the Rams could start correcting things in 2020, giving Goff plenty of opportunity.

Call them dart throws, Quarterbacks with upside (mostly because the position is fluid within their team and may yet change before the season starts). But for late round picks and Quarterback need for deeper leagues / 2-Quarterback leagues some of the following are top of mind:

It can be tough to predict which players will be getting Targets and Touchdowns each year. So by getting a Quarterback with upside for the 2020 Fantasy Football season you can set yourself up for success. Whether you want to grab a stud early or select a later round Quarterback you have options. Especially since Quarterbacks drafted Round 10 or later recently (Patrick Mahomes in 2018, Lamar Jackson in 2019) have been the best Quarterback that year.

Also, note more and more upside is given to those Quarterbacks that will have the rushing yards. It is a differentiator even though it doesn’t last too long for most Quarterbacks (take advantage of it while it is there). If you believe a Quarterback is set to be in the top 10 at the position, then the opportunity for distributing many Targets & Touchdowns this season could be favorable and you know I would be interested in them!

If you missed any recent posts, check them out below as you get your mind focused on fantasy football opportunities! 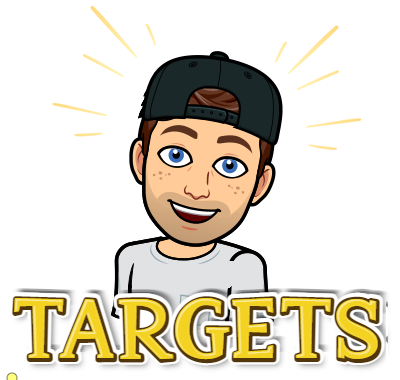