The Running Back TDs – 2020 Outlook was last week, so let’s move onto wide receivers this week! Let’s review the Touchdowns aspect of the site and how previous years results could shed some light on what’s to come in 2020 for our Wide Receivers. If you want to familiarize yourself with last season results, checkout the: TDs, TD’s (Touchdowns) – 2019 Regular Season and TD’s (Touchdowns) II – 2019 Regular Season posts.

As I have said before, Touchdowns are a very hard stat to predict. Although you may see a trend with certain players getting the luck of the touchdowns through the season. Below is an image that shows the last 5 years for Touchdowns and how they relate to Wide Receivers.

The second piece I thought was interesting, was the opportunity for rookie wide receivers to crack the Top 20 list each year. I notated the rookies with the highlight of yellow beside their name on each Top 20 Touchdown list. In 2015, 1 rookie made it. 2016 saw 3 rookies make it. In 2017, 1 rookie made the Top 20 list. 2018 had 2 rookies make it, while in 2019, 6 rookies made the Top 20 Touchdown list. The averages lean towards 2-3 wide receivers in 2020 to make the list.

These nine rookie wide receivers are guys that I think have the most opportunity heading into the 2020 NFL Season (as noted in my 2020 NFL Schedule post) to end up on the Top 20 list of Touchdowns for Wide Receivers. Rookie Wide Receivers usually take a little bit to get up to speed on their new teams. A few will get you fantasy points through the year. Especially in the second half of the season, where playoff spots and runs are in the mix.

Justin Jefferson, has the opportunity to fill in the Stefon Diggs role in Minnesota. Henry Ruggs III, a speedster on a team that will need to keep putting up points since the defense doesn’t seem too great yet. CeeDee Lamb, joins a great offense, 7 touchdowns really doesn’t seem too unrealistic just yet. Denzel Mims, looks to fill the deep threat of Robby Anderson on this improving offense. Jalen Reagor, on an offensive team that won’t need him as the number one right away. So he could have some great chances in one on one coverage.

Jerry Jeudy, my number one rookie wide receiver going into the 2020 NFL Draft, could be a nice compliment to a bigger Courtland Sutton in Denver. Antonio Gibson, comparisons to a skill set as Christian McCaffrey, could allow for some touches in an offense that needs more play makers. Antonio Gandy-Golden again the same needing offense and has the opportunity to add to their young receiving corp upside. Michael Pittman Jr., another option for a quarterback in Rivers that we know likes to throw it. He may get his chances depending how things shake out.

It is tough to predict exactly which Wide Receivers will be getting Touchdowns each year. There are many variables to take into consideration but if you can use previous year information to help you moving forward then keep it in mind. Also, be aware during the season of trends or tendencies for players to find the end zone. If you believe a player is set for many Touchdowns this season, you know I would be interested in them!

If you missed the Running Back TDs – 2020 Outlook post from last week, give it a look as you get your mind focused on fantasy football opportunities! 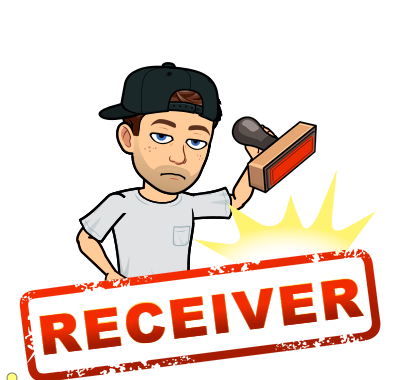